I have to say, up front here, that most Regency authors take a lot of liberty with history, when it comes to Christmas.  That’s fair – after all, our readers want a good story, with concepts that they relate to, for the season.  but lets take a
quick look at what Christmas celebrations were actually like in the Regency
period.

Christmas Trees – were still pretty much unknown in England, with the first having been introduced by the German born Queen Charlotte in 1800.  The upper aristocracy did take up the idea, as copying the royal family was always seen as good form, but the tradition of a decorated Christmas tree was slow to spread.

Decorations, if there were any, were likely to be edible – gingerbread men, small cakes, sweets tied in paper etc.  There were some indications that other paper decorations did sometimes occur, but we have no detailed evidence for them. 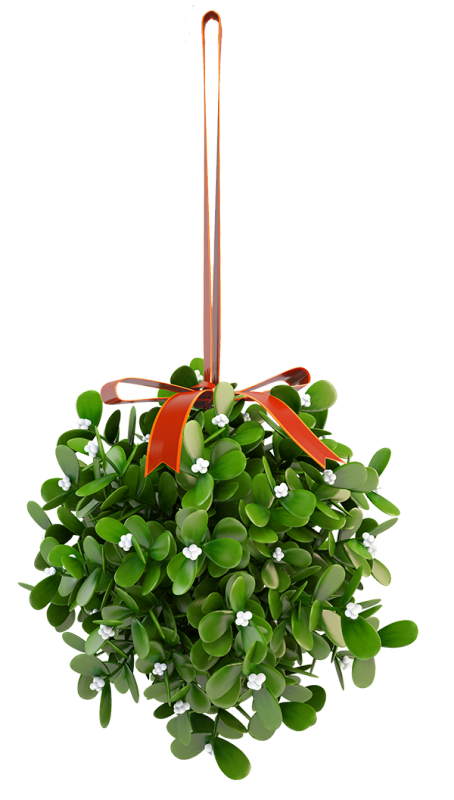 Other Christmas Decorations – were mostly greenery and berries.  Greenery used, apart from pine boughs, was rosemary, bay, holly, laurel, and mistletoe.  This was a longstanding tradition, going back to medieval times and earlier.  There are references to kissing under the mistletoe as early as the late 1600s as well.

Christmas Traditions – in Regency times, many of the older Christmas traditions had fallen out of favour, being seen as rather unsophisticated, but many of the country people still held to them.  This included the concept of the Yule Log, or Christmas Fire, and the wassailers – people who went from house to house, singing and pretty much begging for food and drink in return.  The Christmastide was the period from Christmas Day to Twelfth Night, and celebrations might happen across the whole period.  Much less importance was placed upon the gathering of family at this time of year then, than is now.

Christmas Food – There were very few, if any, foods that were regarded as especially for Christmas – it was more about having good food in general, and being charitable, by sharing that with neighbours, and with the poor.

So – there is a quick summary – rather flat compared to some of the Christmas extravagance that we see today, isn’t it!  The important things to see here, are that the royal family instigated changes in what was done, the poorer and country people were more likely to celebrate than the aristocracy, and the aristocracy who did celebrate were likely to do charitable deeds as part of it.

As you enjoy your Christmas, consider – who would you rather have celebrated Christmas with, in the Regency period?